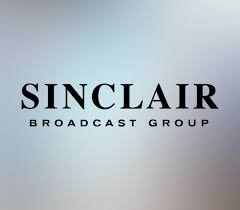 Streaming is an extremely competitive field. As a result, streaming services need to provide a constant stream of new content, thus enabling them to keep their users engaged. STIRR is no exception to this rule, so it should come as no surprise to learn that the over-the-top streaming service owned by the Sinclair Broadcast Group is expanding its selection of content for interested individuals.

For those who are curious, this new content will consist of locally produced news specials. Something that makes a lot of sense considering STIRR’s position in the streaming market. First, locally produced news specials are more difficult to access than their more broadly distributed counterparts by definition, which is a real issue for people who want to consume such content. At the same time, there are definitely people interested in locally-produced news specials, which is why they keep on getting made by a wide range of stations in a wide range of places. Second, STIRR has carved out a share of the streaming market by providing local content to interested individuals. Something in which it has been helped out by the Sinclair Broadcast Group’s strengths in this regard. Thanks to this, the addition of locally-produced news specials will further improve STIRR’s ability to compete in this regard, thus enabling it to differentiate itself from its competitors.

What Is STIRR Anyways?

Those who are curious should know that STIRR is an over-the-top streaming service, meaning that it is offered to interested individuals in a direct manner through the Internet. It is free, so those who use it won’t need to pay subscription fees. However, interested individuals will be expected to put up with advertising, which is what keeps the streaming service running.

Content-wise, STIRR features more than 100 channels’ worth of local news, entertainment, and other kinds of content, which are drawn from the Sinclair Broadcast Group’s sizable portfolio of local stations. Interested individuals can count on it to provide them with authentic content that is applicable to their particular region. As such, it should be very clear that STIRR is a streaming service that stands out, which could appeal to them if that is the kind of content that they would like to consume.

Sinclair is a diversified media company and leading provider of local sports and news. The Company owns and/or operates 23 regional sports network brands; owns, operates and/or provides services to 190 television stations in 88 markets; is a leading local news provider in the country; owns multiple national networks; and has TV stations affiliated with all the major broadcast networks. Sinclair Broadcast Group’s content is delivered via multiple platforms, including over-the-air, multi-channel video program distributors, and digital platforms. The Company regularly uses its website as a key source of Company information which can be accessed at sbgi.net

How to run a silent auction

How Electronic Signature Software Can Help You Keep Your Business Secure

The Five Best Reasons a Small Business Needs a Website

How to Select the Most Appropriate Liquid Handling Automation

Things To Consider While Searching For Internet Service Providers

Finding Web Services Which Are Suitable for Your Company

How Electronic Signature Software Can Help You Keep Your Business Secure

The Five Best Reasons a Small Business Needs a Website

How to Select the Most Appropriate Liquid Handling Automation